A Legacy of Collaboration

A Legacy of Collaboration

Through planned gifts and the growth of IPM’s Endowment Fund, we are able to plan as an organization to ensure that the work of IPM and our Project Partners will continue far into the future. To discuss what planned giving opportunities might be right for you, please contact: 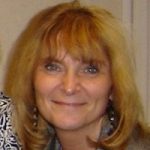 Planned Giving through IPM’s 1974 Society allows individuals to continue supporting the mission of IPM with gifts such as bequests, charitable gift annuities, gifts of life insurance, and other arrangements that will benefit IPM at a later date. With a planned gift, many people find that they are able to contribute more than they thought possible, while still providing for their families.

IPM is profoundly thankful for gifts of this kind and we wish to express our gratitude to planned gift donors immediately. Individuals who let us know that they have listed IPM in their estate plans are automatically enrolled as members of our 1974 Society, named for the year of our founding.

Dr. Paul & Edna Bente Fund for Care of Creation
This fund supports IPM Projects focusing on environmental concerns. The fund was started in 2002 to commemorate the more than 30 years of service that Paul & Edna gave to IPM.

The Marcie Bremer Childs Memorial Fund
This fund was established in June of 2003 in memory of Marcie, who supported IPM since 1974 in her work with Evangelical Lutherans in Mission. The fund supports Projects in Lebanon and Brazil.

The Ralph Brody Income Generating Activity Fund
This Fund celebrates the life of a dear friend of IPM, Ralph Brody, who passed away suddenly in 2006. The fund supports women’s micro-enterprises in Sub-Saharan Africa.

The Janet L Bullard Fund
This Fund supports IPM’s work with children and youth. The fund commemorates the life of Jan Bullard, one of IPM’s past Board Chairpersons, who passed away in 2004.

The Bernie Marquardt Project Bridge Fund
This fund provides immediate financial assistance to new and developing projects until ongoing support can be secured. This fund was created in honor of Bernie Marquardt Wilde’s 25 years of service to IPM including 3 years as Executive Director.

The Marron Post Children’s Endowment Fund
This fund was established by Frances Post, former Board member and longtime friend of IPM, in 2008 to provide resources to IPM Projects serving the needs of vulnerable children around the world.

The Paul Danheim Nelson Fund
This fund, in memory of a dear friend and loyal supporter of IPM who passed away in 2007, provides operating support to IPM, allowing our programs to continue serving children, women, and youth around the world.

The Kathy Sehy Memorial Endowment Fund
This fund was established in memory of Kathy Sehy, spouse of IPM Board Member, Larry Sehy who passed away in 2006. The earnings from this endowment fund support the general operating needs of IPM.

The Paul & Vercile Strege Fund
This fund was established in 2002 in recognition of the lifetime of leadership and service of Paul, co-founder of IPM, and his late spouse, Vercile. The earnings from this fund will benefit the work of IPM around the world in perpetuity.

The Kathleen T. Mink Endowment Fund
This fund started in 2012 in memory of a loyal and active supporter of IPM. In addition to providing operating support to IPM, this fund was used to established the Kathleen T. Mink Project Partner Award which is presented to an outstanding Project Partner at our Annual Luncheon in Cleveland, OH, honoring the work that our Projects do around the world.