Learn how IPM is responding to COVID-19 >

This Sunday is #Father’sDay in the USA. And while I’ve become more accustomed to celebrate on March 19—the Saint Joseph Day Holiday that is also my feast day and a more common date of celebration in the Latin world—I’m struck as we head into the weekend of just how powerful Father’s Day has become for me.

Part of that is because as one ages, and watches one’s parent’s age as well, the times we pause to commemorate all those who have made a difference in our life resonate more deeply. I was privileged to have spent much of the past month with my dad, but especially to watch him interact with my two youngest children both in person and from a distance as he babysat while both my spouse and I were out of the country, in her native Kenya and in conjunction with IPM’s VII Latin America & the Caribbean Regional Conference in El Salvador respectively. Another part is because as each year passes I miss the IPM co-founding father I knew, Paul Strege, more than ever and I long for just one chat about IPM with the one I didn’t know, Jim Mayer, perhaps even more.

In full disclosure, my memories of my father in my childhood are vague at best. Ours was a fairly traditional family and he was often more of a distant presence than a trusted confidant. Each summer, apart from a usually brief but wonderful camping holiday, I spent more time at my maternal grandfather’s side in the garden, than I ever did with my father as he worked extra jobs to make ends meet. But as I grew and struggled with personal and professional success our relationship deepened in both subtle and profound ways. He is now, arguably my best male friend and certainly the one man I would go to if I had a question or quandary only an older guy could answer.

At the same time, I have been blessed by more male #IPM mentors than I could ever do justice here but Bob, David, Dick, Doug, Dudley, George, Hank, Jim, John, Mark, Matthew, Nick, Paul, Ralph, Tim (and multiples of some of those names) you know who you are.

And, perhaps most poignantly, my tenure with IPM has allowed me to work alongside some of the best Fathers one could ever imagine. In Carlos, Doug, Jared, Johnny, Mahesh, and Martin today I, and IPM, are surrounded my remarkable men who take being a dad, being a role model, being a partner, and being here for one another as seriously as any professional vocation.

Just last month, at IPM’s #VIILatinAmerica&CaribbeanRegionalConference we heard powerful stories of Fathers and Father-figures who:

These are just a few of the countless examples fatherhood plays in the life of the IPM Family worldwide.

While I know that many of us don’t or didn’t have the kind of relationships we wish/ed for with our fathers. Some of us don’t seven know where they are. And many more, still mourn their passing each time someone invokes their name. But good Father’s and Father-Figures make the lives of young people that much richer. The right dad’s presence brings an appropriate balance of tenderness as security, acceptance as abundance.

I know that being a dad has been a huge part of my role within IPM and I know IPM would be nowhere near where it is today without the steady presence of the men I’ve mentioned above and so many more. This Father’s Day weekend we remain thankful for the presence each Father and Father-figure makes in the life of IPM and within each of us. 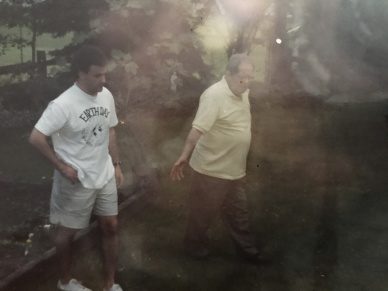